With partial funding from the Louisiana Department of Natural Resources' (DNR) Atchafalaya Basin Program, the improvement project at Wilson's Landing Boat Launch has been completed and is already in use. The renovations to the boat launch began in late January of this year, and re-opened this month, DNR officials said.

Located just north of Patterson, the boat launch is a prime access point to the southern end of the Atchafalaya Basin. Improvements included the removal and replacement of the existing concrete boat launch, replacement of the existing timber dock with floating docks, resurfacing the parking area with limestone, and depth restoration of the access channel to allow vessel navigation from the boat launch to the lower Atchafalaya River during all water levels.

Designed and engineered by Miller Engineers & Associates of Franklin and constructed by LeBlanc Marine, LCC of New Iberia, the project's total cost was $618,470. St. Mary parish government contributed $232,403 in the cost share agreement with the DNR Atchafalaya Basin program.

DNR Secretary Thomas Harris said, "One of the core goals of the Atchafalaya Basin Program is providing greater access for both local residents and out-of-state visitors to enjoy one of Louisiana's signature natural features. Part of that mission is accomplished through projects such as this, which provide for a more appealing and useful access point for those who want to enjoy the boating, fishing, bird watching and other activities supported by the unique ecosystem of the Atchafalaya Basin."

According to St. Mary parish President David Hanagriff, completion of this project is another success story as it relates to cooperative endeavors between local government and the state program. Wilson's Landing will now become a key location for access into the basin for boaters, fishermen, and all to appreciate.

Local officials estimate some 20 to 30 boats have been using the launch per day and perhaps, more with the start of summertime recreation. To find the launch, turn off of Main St. (Hwy 182) in Patterson, onto Bridge Rd. cross over the lower Atchafalaya River and turn left, follow the gravel road to the first crossing over the levee on the right. 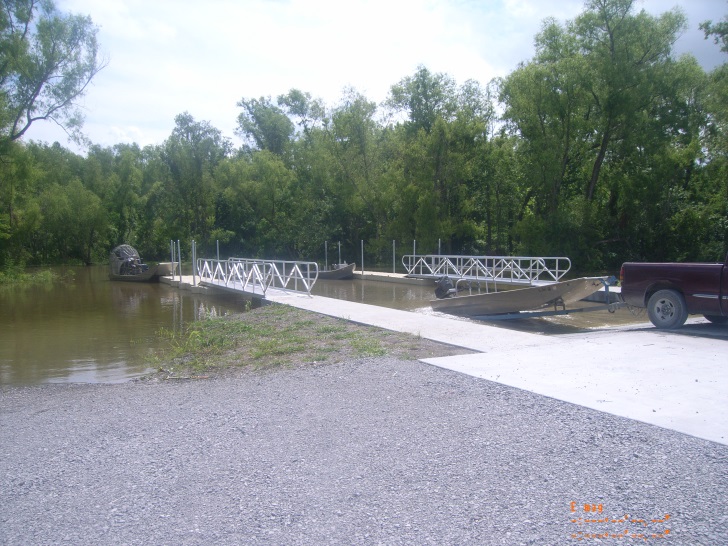